We help save lives

Analysis of the Pharmaceutical Sector

The pharmaceutical sector in the world has experienced an unprecedented expansion in different aspects, mainly in the increase of access to health care worldwide in the last ten years, of hundreds of millions of people in low and middle income countries who obtain access through government programs, increase in income, increase in the adult population and coverage in health systems, this has impacted the reduction of uninsured populations in the United States and other countries of the world, where the same trend is marked (Ims Institute for Healtcare informatics, 2015).

According to the IMS Institute for healthcare Informatic, between 2015 and 2020 a wave of innovation will emerge from research and technological development in the pharmaceutical industry, as well as a range of technology-enabled transformations that will broaden the evidence base for interventions and provide quantifiable improvements to health outcomes by 2020.

This marked trend in the sector will allow the availability of innovative medicines will serve as unprecedented treatments, facilitate access to low-cost products, and better development focused on specific pathologies, which will facilitate the optimal use of medications as a treatment. 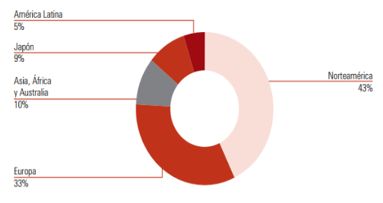 The growth of the sector has been accelerated by the increase in the supply and demand of generic medicines.

As of 2015, with the expiration of patents, many of the drugs began to be manufactured as biosimilars, this reduced the cost of medicines by 30%, and increased the development and application of new technologies for biotechnological and biosimilar medicines ( Sanchez Michelle, 2016).

The main producers of medicines in the world are the United States, Europe, Asia and Japan, however, emerging countries with high potential and capacity to manufacture pharmaceutical products such as Latin American countries such as Brazil and Colombia have been identified in recent years.

Ims Health reports estimate that by 2017, biologics will account for 20% of total global pharmaceutical spending.Biosimilar medicines in Colombia : a review from the informed consumption

Biotechnology applied to the generation of medicines has allowed the development of biological medicines, obtained from material of biological origin.

Once its patent expires, it opens the way to the generation of biosimilar medicines, which are thus highly similar to the biological reference.

In the Colombian legal system, the Ministry of Health and Social Protection (Msps) established a specific regulatory system for “the sanitary registry of new (pioneer) and known biological drugs (biocompetidores, biosimilares or biogenerics)” 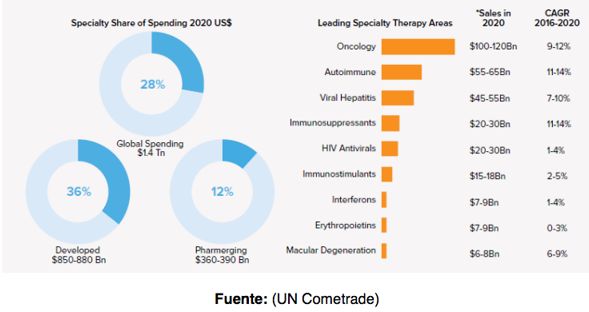 In Colombia there is a significant increase in the cost of chronic non-communicable diseases such as diabetes, cancer and high-cost diseases for citizens and the health system.

These diseases are increasingly treated with biological medicines.

These medicines have become a widely used alternative to prevent communicable diseases in children and vulnerable populations.

This is the case of recombinant vaccines against pneumococcus, rotavirus and the Human Papilloma Virus.

⦁ Biotechnological medicines constitute the segment of the pharmaceutical market that grows the most in Colombia, in accordance with what happens in the world. 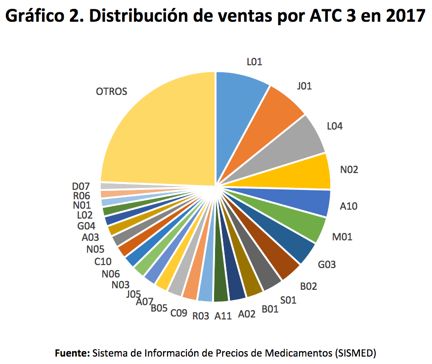 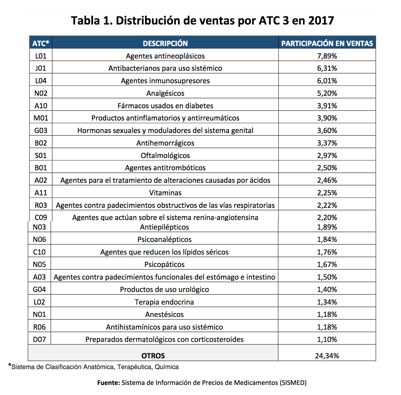 In 2017, nearly 43% of the total pharmaceutical market in Colombia (4 billion Colombian pesos per year) corresponded to medicines of biological origin.

⦁ These drugs are mainly paid for with public resources. Of the 10 main medicines recovered from the public health system, 8 are of biological origin.

⦁ Most of the biotechnological medicines in the Colombian market have a controlled price.

However, this is a measure with a short duration effect, since the market is quickly rearranged.

Therefore, it is important to promote competition, which is the measure that has the best effect to reduce prices.

⦁ Under competitive conditions, the prices of these drugs could decrease, on average, between 30% and 60%.

Will the biosimilar / biogeneric drugs be covered by the health system?

Yes. Given that biocompetidores are an alternative for the treatment of diseases that are treated with patented biotechnology and that are paid with public resources of the health system, biogenerics will also be paid with those resources (via POS or via recoveries to Fosyga today Adres), but generating savings for the system.

From what time can biosimilar medicines enter the country?

There are already some biocompetidores that have been approved in Colombia.

The General System of Social Security in Health

⦁ Law 100 of 1993 created the comprehensive social security system and established the SGSSS, whose objective is to regulate the essential public health service and create access conditions for the entire Colombian population to the health service at all levels of care.

⦁ As of Law 100 of 1993, the SGSSS has sought to be inclusive and equitable through a model of public health service provision, in which there is an appropriate management of resources in order to guarantee access to the majority of the population.

⦁ Law 100 obliges all the inhabitants of Colombia to be affiliated to the SGSSS either through the payment of a contribution or by accessing the subsidy financed with the resources of the Nation, own revenues of territorial entities and contributions from contributing members.

Therefore, the SGSSS has: (i) the CR, which includes all the people who have a job and can make contributions to the health system; (ii) the RS, in which the population with the lowest income is; and (iii) the SRs, for the members of the Military and Police Forces, the Magisterium and the pensioners and workers of Ecopetrol.

The SGSSS is composed of the following actors :

⦁ The organisms of direction, monitoring and control: MSPS and the National Superintendence of Health.

⦁ The administration and financing bodies : the EPS, the sectional, district and local health directorates – DSS, DDS and DLS – and by the FOSYGA, since August 2017 the Resource Administrator of the SGSSS-ADRES-.

⦁ The EPSs are the entities in charge of affiliating users and providing them with the Health Benefit Plan (PBS), previously the Compulsory Health Plan -POS-, administering the provision of IPS services.

The DSS, DDS and DLS have, among other functions, the administration of subsidy resources for the population belonging to the RS.

⦁ The IPS are public, mixed or private entities, organized for the provision of health services to members of the SGSSS, within or outside the EPS. These can be hospitals, clinics, laboratories, clinics and other institutions that provide health services.

The mechanism for obtaining reimbursement of benefits not included in the POS is called recovery and is covered with public resources.

⦁ Both the POS and the NO POS, are paid with public resources. 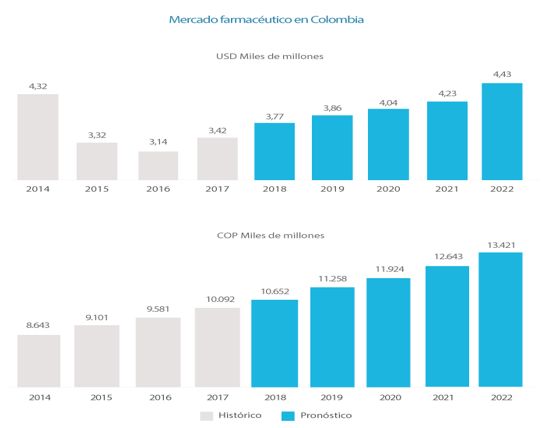 ⦁ In March 2017, the Statutory Health Law, came into force.

Among others, the Statutory Law included constitutional jurisprudence and declared health as a fundamental right, that is, an inherent right of the human person.