"We help save lives" 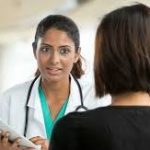 The fight for the market of medicines in Colombia.

Right now, when patents for biotech drugs have expired or are about to do so, discussions and publicity have been generated about the safety and effectiveness of those who will compete with them under equal conditions.

Why now and note before?

The price of medicines is fundamental for the sustainability of health systems such as the Colombian that has the obligation to cover its cost.

Biotechnological medicines are manufactured using the metabolic processes of living beings and technology, so that, for example, hormones such as insulin or immunoglobulin are produced from bacteria.

They are used mainly in the treatment of different types of cancer and rheumatoid arthritis and have been around the world for about 20 years.

This is why the question arises as to why the discussion is taking place so far? 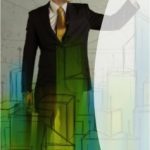 Perhaps since its introduction into the market there were no problems in the safety and effectiveness of these medicines?

The answer is clear : the entry into the market of products that will compete with current medicines will necessarily generate a reduction in the price and, therefore, in the profits of the shareholders of the large laboratories.

Since its introduction in the market, biotechnological drugs have produced serious reactions due to the affectation to the immune system that favors the development of infections such as tuberculosis and increases the risk of developing cancer and a cerebral reaction (progressive multifocal leukoencephalopathy), among others.

Additionally, most of those used to treat cancer -with few exceptions- do not increase life expectancy in more than a year, that is, they do not cure the disease and, like all medicines, they do not serve all of them. people, according to publications such as the Pharmacotherapeutic Information Bulletin of Navarra (August-October 2011).

In the case of rheumatoid arthritis, there are already studies from the Technological Health Assessment Institute of 2013 that show that biotechnology is not superior to current therapy with modifiers that slow the progression of the disease. 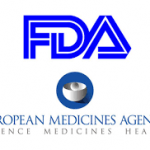 Saying how it has been disclosed in some advertising- that the requirements for the entry of new competitors into the market (biosimilar medicines) is very ignorant, since the quality conditions required by Invima in Colombia are the same as those required by two organizations of world reference in this field, such as the Fda (United States Medicines Agency) and the Ema (European Medicines Agency).

Additionally, most of those used to treat cancer with few exceptions do not increase life expectancy in more than a year, that is, they do not cure the disease and, like all medicines, they do not serve all people.

The production is not complicated either.

To those who argue their complexity, it is necessary to remind them that the structure of DNA – a much more complex molecule was elucidated in 1953, that is, 65 years ago.

At that time there were no computers or other technologies to facilitate the work of their discoverers the American biologist James Watson and also the British biologist and neuroscientist Francis Crick.

With greater reason, nowadays these processes are perfectly standardized and it is possible to produce biosimilars, even in standard laboratories and accessible to any researcher, such as those of the Biotechnology Institute of the National University of Colombia.

There are specialized professionals, cutting edge technology, immediate access to information sources that greatly facilitate not only the design but the optimization of their manufacturing processes. 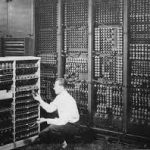 Just see the accelerated progress that computers have had, from the first prototypes such as Eniac that occupied several floors, weighed 27 tons and could make 5,000 sums and 300 multiplications per second, up to the current smart phones, which are true pocket supercomputers.

This problem is the product of the signing of the Free Trade Agreement with the United States, in effect since 2012, because before the drugs entered the country without any difficulty.

This is not so positive for multinationals because the prices of their medicines are reduced, but for health systems like the Colombian that cover their cost.

By being more economical, systems can be more sustainable.

This problem is the product of the signing of the Free Trade Agreement with the United States, in effect since 2012, because before the drugs entered the country without any difficulty.

Who can the competitors be today? 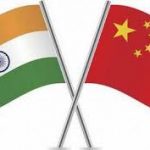 Countries like India and China that produce biosimilar medicines, which are cheaper.

There are also no quality problems because medicines are not consumer products but social, designed to preserve lives.

Finally, the term biolimbos used in advertising against biological medicines does not exist in Colombian legislation, according to official information from Invima.

Hence, its use has a pejorative nature in response to the lack of success of advertising campaigns in which it has not been possible to demerit the work of the Ministry of Health with the subject of biosimilars.

* Cimun : It is a service dedicated to provide independent and updated information about medicines and their use, in an objective and timely manner.